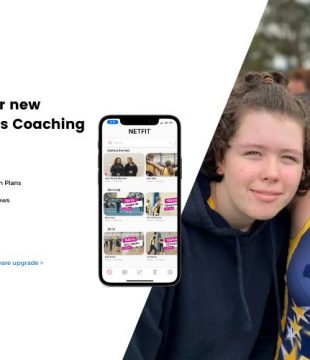 All Abilities Netball Moves Into The Online Space

Inclusion is not about just doing something alongside; it is about doing sports equally together. That is the mantra that a local Melbourne netball association, Sandringham District Netball Association (SANDY) and their inspiring young teen leaders have not only implemented, but developed in their award winning netball program for children and young adults of all abilities.

The SANDY All Abilities program was initially founded in 2018 by local coaches Emily Higgins and Kris Pierce, who are mothers of children with disabilities. “We started a come-and-try program for boys and girls, aged 9-14 with a range of disabilities and no prior experience necessary to become involved” said Higgins. “We wanted it to be accessible and inclusive of everyone, so that we could set the foundations for a strong program culture from the beginning,” Pierce added.

Needless to say that SANDY were blown away with the uptake, and also the support from their community, that the program immediately expanded.

With so many kids eager to become involved and with an emphasis on quality coaching and inclusiveness for program participants, many coaches were needed. Enter 16 young SANDY netballers who immediately answered Higgins and Pierce’s call too arms.

“We already knew that we were a part of an amazing community club in SANDY, however we were blown away by the commitment and sincerity with which the young leaders of our club embraced the All Abilities Program,” a visibly proud Pierce commented.

“Week in, week out these girls donate their time and energy to help create an enjoyable and inclusive environment for kids with disabilities.” Higgins also added “These girls just “got” the program from the beginning. They coach these kids just like they would coach everyone else. They teach them the fundamentals of skill development, positioning, teamwork and provide a level playing field for all netballers, of all abilities.”

The power of the All Abilities program can be felt by the young coaches too. Brighton teenager and one of the programs coaches, Ella Kirkwood-Scott, immediately recognised the development of her players through building their confidence. “We’re all kids and adults who just love playing netball and being a part of a team environment. The coaching and messaging that we deliver isn’t any different to what we would be teaching any young netballers, we just have to adapt the messaging and the skill-set slightly. The look on their faces when they shoot that first goal, or hi-5 their team mate is priceless and coaching at this program each week is one of the things that I look forward to most. They feel valued, and are making new friends with coaches that have their back,” Kirkwood-Scott said.

As the program continued to expand and excel, SANDY and their committed team of young coaches were recognised externally through winning the 2019 Netball Victoria Inclusive Netball Community of the Year. To top off the rapid progression of the program the SANDY All Abilities Team won the Victorian State Title, All Abilities Section in the same year.

“We didn’t create this program to win awards, we did it for the kids” Higgins, Pierce and Kirkwood-Scott agree. “But it was nice to come away with the gold!”

As of now, there are two All Abilities programs in place at SANDY – the Junior and Senior programs.

“All the benefits that an individual reaps from playing netball should be the same benefits that those who have a disability experience. There should be no distinction between the two” said Pierce.

In furthering their commitment to change in society and in helping other associations develop their own All Abilities programs, SANDY have partnered with NETFIT Netball to create a digital “how-to” 8-part video resource. Lead by the young SANDY coaches these videos shall be available as a free resource on the NETFIT App in the “Coach” section.

NETFIT Netball Founder and CEO Sarah Wall, is delighted with the outcome of the series 1 and congratulated the SANDY netball community on their achievements “We hope that this resource helps other netball associations to set up an All Abilities division that might not know where to start, Wall further added, “I learnt so much from my time working on this project and my biggest take away is that no matter what community we are involved in, all we need is an opportunity to be seen and heard.”

Downloading the NETFIT Netball App from the Apple or Google stores and registering as a user. The content can be found in the “Coach” section under its own sub-folder “All Abilities” at no cost.

For further information or to request an interview with Kris Pierce, Emily Higgins or Sarah Wall please contact: