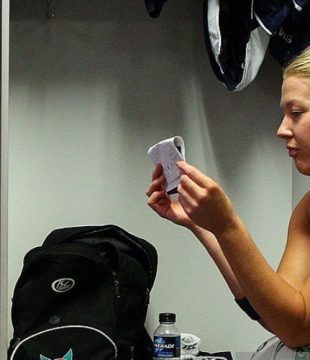 My 5 top tips to survive a season of lengthy bench time.

Junior netball is great for so many reasons. It’s rare that anyone sits on the bench for a full game, so no one really knows what to expect when a coach makes this call.
Growing up I was lucky to be fast and dynamic, so I found myself a position in the mid-court and our coaches would rotate us evenly. However, as I finished up my time at the VIS and High School I entered the world of professional netball and BAM, it just hits you. These girls are so gooooood. So I found myself riding the pine for not just a few games, but season, after season, after season.
It’s not uncommon as we move through the grades to a higher level, that the younger or more inexperienced players find themselves spending long periods on the bench.
There are 7 positions on court and if the game is close, it’s rare that coaches make changes and expose the lesser seasoned players to the coalface, knowing that at that moment a bad experience can erode a younger players confidence away. I never took it personally that I was on the bench so often in the early stages of my elite career. Some of the girls starting ahead of me were just better, more seasoned and experienced in dealing with those clutch moments which could make or break your teams entire season.
While I was on the bench, always eager and prepared, ready to go, I took my time to work out why players were starting ahead of me. What did they see that I couldn’t see in my game? Were they fitter, stronger and cleaner with the ball? Did they work in well with particular players, or coaching structures that complemented the team?
I took my time on the bench to sharpen my “coaches” eye and learn more about the tactical side of the game……and the opposition (which I will touch on a bit later).
As I grew in confidence, physique and readiness towards playing elite netball I adopted these five tips to help me change my mindset, prepare my body and better myself to support the team on and off the court. Because as a bench player, you still have a pivotal role to play in the team and an inner belief to manage, even when you’re not playing. 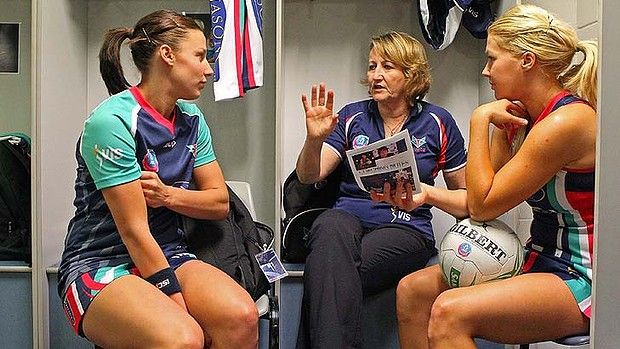 1. Win the warm up.
Through my early years with the Melbourne Vixens I understood why I wasn’t in the starting 7. I knew I had to do my time on the bench with a stellar midcourt ahead of me, but It took some self belief and eyes on a bigger goal to initially work through this. I would approach the game knowing I wasn’t starting from my coach, so I would make it my goal to win the warm up!
Was I focused? Was I sharp? Did the opposition watching think I was starting? My sister Anna would always have a joke with me and say, “you won it again today babe” in tricky times it is always good to have a laugh.
I recently gave the same advice to one of our NETFIT team who asked what else they could do to improve their chances of starting? She smashed the warm-up, got some court time late in the game (at a high-standard of netball) and made an impact in defence.  It’s only a small thing, but I truly believe it helped me then, and helps me now as it steels your mindset!
2. Watch your team mate and your opponent.
One of the best pieces of advice that I ever received from a coach. “If you’re on the bench, you are your team mates eyes.”
Ever since hearing and acknowledging that advice I would have my eyes glued to the game! I would read the energy, analyse the movement and watch where the game was being won. This made sure my energy and mindset was up to speed if I got thrown on mid quarter or pulled on during intense patches and also allowed me to provide information to my team mates about their opponents at breaks. I loved finding opportunities for our team in a contest and used to love watching my eyes help the team and expose a weakness in the opposition. 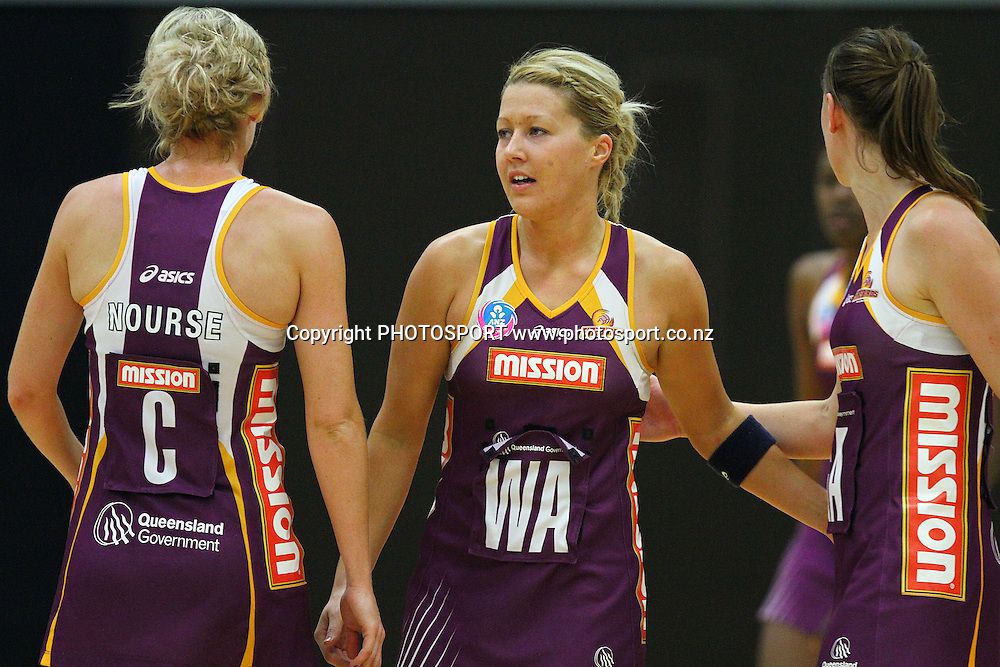 3. Stay alert, stay prepared.
I always warmed up 4 minutes before the end of the quarter. I managed my own watch, never waiting for the coach to remind me to warm up, because as much as we sometimes think we are the most important people in the world, they have their eyes on the game. It was one less pressure that they had to worry about.
I know what got me warm: 3 step run-ons, fast footwork and someone throwing the ball as hard as they possibly could, right at me, as I felt helped prepare me for the games intensity, because no matter at what level you play, when you go up a grade it’s always faster.
4. Your training is your game day.
While out of the starting 7, I would prepare for midweek training like game day. It was my chance to prove to my coaches that I was up for the chance. I saw training as my opportunity to get the attention of my teammates and coaches with how much I wanted to play.
1%ers at training add up. Trust me. Building resilience will stick with you in years to come when you look back and realise how your positive mindset created your future, and the 1%ers are a huge part of this development. They show a willingness to commit. To do the little, tough, annoying things that show your team mates how invested you are in the teams success. 1%ers are gold – I suggest pick one a month and make it your focus to be 100% at 1% for that month. It will grow your game as well as your self respect. 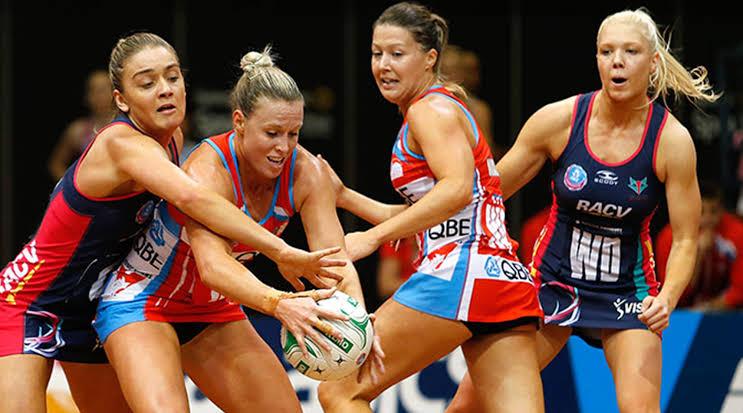 5. Remind yourself of the decision you made at the start of the year.

At times when I lose hope, I think back to my purpose and how much the situation I am in is still helping me. Playing netball, training with your team…. it’s just like a gym membership! You’re working out, getting fit, laughing with friends and already planning your end of season trips! I would always involve myself in the social committee of a team because I was a big believer in the social side of the game. These were decisions that I made at the start of the year, “have fun, enjoy the team and all that goes with it, on and off the court.”
When I sometimes lost sight of my “why” for the game, I lost my “game” completely.
Be sure to bring yourself back to earth. Look around the amazing group of girls that you’re with and think of the benefits inside and out that team sport, and netball brings to your life. 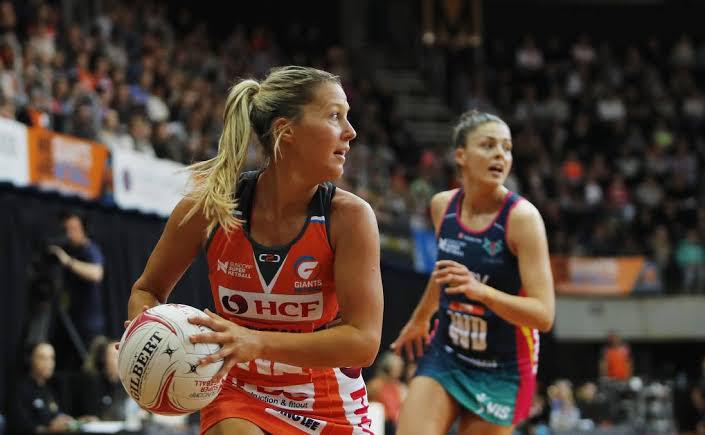 To wrap up my 5 top tips to survive a season of lengthy bench time I will share something mum would always say to me.  “Sarah look at yourself and how you handle pressure in challenging moments, don’t measure your character in the good time. Do your best to show up with strength and grace.”
I never expect anything that I don’t truly deserve, however I believe that there are opportunities there for the taking, even when things aren’t going your way.
You will get your chance if you keep your little inner belief burning bright and keep working hard. Always remember that no-one can take away your spark, just be sure it’s ready to flame when you get your opportunity.
PrevPreviousWhat a great time it is to be a woman in sport
NextAll Abilities Netball Moves Into The Online SpaceNext