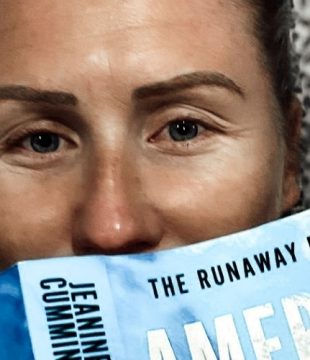 With a global pandemic re-writing our event calendars, it’s no wonder many of us fall into boredom with the NETFIT community are no exception to this!
What better way is there to fill that afternoon or evening-lockdown with a good old NETFLIX-sesh, or Stan, or Amazon Prime, or Disney or Binge……and we love that some of our team, and your favourite netballers, also are avid readers!
So with that in mind we’ve canvassed some of our favourite people to find out their binge-lists and provide you with some inspo! We were surprised and also intrigued by some of the responses we received, so read below to see what the stars caught up in.

Collingwood defender Jacqui Newton is currently reading the beloved “Harry Potter” series, is watching the hysterical “Brooklyn nine-nine” (for the 10th time in a row, we may add) and NETFLIX’s popular “Outer Banks” series.

World Cup winner and all-around superstar, Sharni Layton is spending her downtime watching “Lucifer” and has her hands full with thought-provoking books such as “Why We Sleep”, “The Surrender Experiment”, and “Autobiography of a Yogi.”

As a side note, Sharni’s own book “No Apologies” is a great read if you’re looking for some inspo.

NSW Swifts Premiership-winning captain Maddy Proud is keeping entertained with 3 series on rotation! “Gossip Girl”, “Outer Banks”, and the action-packed Spanish-spoken and English-subtitled/dubbed “Money Heist.” On the side, she leaves room for the 4/5 star World War II read “All Our Shimmering Skies,” and as a successful author herself (Grace on the Court), we are backing her in that this must be a great read for anyone looking for a new book.

Taylah Davies, former elite Netballer (and Slay with Tay NETFIT star) is putting her thinking cap on while reading “101 essays that change the way you think.” She is also learning about the life of an Auschwitz Survivor in “The Happiest Man on Earth.” Maybe this holds the secrets to her ever-positive vibes?

Former Silver Fern and current Sky Sports star broadcaster, Courtney Tairi is exploring past possibilities in the alternative American history novel “Rodham” while getting her comedy-drama (and sport) fix with “Ted Lasso.”

Waikato Bay of Plenty Magic defender Erena Mikaere has chosen variety to fill her lockdown list. She is flipping through singer Stan Walker’s biography or keeping up with shows such as “The Umbrella Academy” or the villain-centred and mischievous “Loki.” Of course, there is always time for teen drama classics: we’re talking about Twilight!

Lisa Alexander, Australian Diamonds most successful coach, is doing some detective work. She has chosen to watch the Swedish crime series “Wallander” and read the thrilling murder mystery of “The Constant Gardener.”

NETFIT founder and 12-year elite player Sarah Wall is hooked on the brand new and intense TV series “Clickbait.” While she’s not wrapped up in this cyberspace thriller she turns to an old friend, “Jonathan Livingston Seagull”, who tells a story about flight and life. Now we can see why she always shoots for the stars.

Mid-court WBOP Magic player Sam Winders is re-living the magic of Harry Potter in audiobook form (even while she trains, the adventure never stops.) She is also reading the historical memoir “The Girl from Berlin” while binging the “Untold” documentary series and the cool supernatural “Stranger Things.”

West Coast Fever and English Rose netballer Stacey Francis-Bayman is reading the dark and deep “10 minutes 38 seconds in this Strange World”, the New York Times bestseller “The vanishing half”, and the beautifully written tale of human loss “Leaving Time.” Series-wise she is enjoying the 2019 drama “The L Word”, Generation Q.

NSW Swifts Loz Moore has decided to do a Marvel movie marathon (even in order!), starting with Captain America. Now that’s a commitment that will keep you engaged for 25 whole films! We might get her to report back at a later date with her top 5 and some movie reviews to boot!

Rahni Samason, Melbourne Vixens star goaler, is inspired by the work ethic, dedication, and genuine interest in learning and growing shown in George St-Pierre’s biography “The Way of the Fight.” For visual engagement, she’s watching the feel-good and inspiring series “The Good Doctor”, speaking to her personally as she has an older brother on the spectrum. The entire “Friends” series is currently on re-watch, you can’t go wrong with comedy.

Netball great and motivational speaker Anne Sargeant has had her head in “The Paris Library”, a true-story novel by Janet Skeslien Charles. That is, when she’s not watching or commentating netball, or selecting the current Diamonds squad and scanning for future stars!

To wrap it all up, former elite netballer Laura Langman is giving all her love to a novel about a family’s unforgettable night in the bestseller “Malibu Rising.” We think that Lauz deserves some downtime after recently completing an Ironman/woman event last week!

PrevPrevious5 top-tips on how to lower the struggles and heighten the excellence in ADHD netballers
NextA message from Sarah – the new .comNext