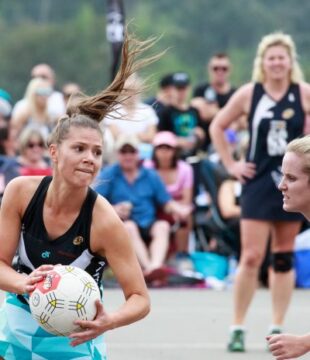 Should Players Be Playing In The Same Position The Entire Game?

So when should we change positions? How do you know which player should play which position? What are the signs to look out for in who would make a good player? 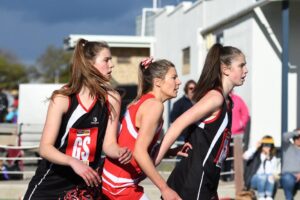 Everyone wants to be a goaler right? As coaches, we have heard this from our kids time and time again, mostly despite any obvious ability to actually shoot. And let’s face it unless you’ve followed a group of kids all the way through their playing careers, you have probably had to resort to asking players their preferred positions to gauge starting points for tryouts. How else would we know where to start? A question that comes to mind when I think about this is what has helped shape our young players’ thoughts around their ‘preferred’ or ‘best’ position? As coaches, what is the right time to start focusing on specific playing positions?

Most research and documentation into player development within team sports will tell us that there is somewhat of a process that correlates to age. As developing players aged 5-10, it is recommended that children should be developing fundamental movement skills in an engaging way with a focus on fun. At the approximate age of 11-13, players should begin to convert their fundamental movement skills into fundamental sports skills, and while it may be tempting, it is suggested that inappropriate or premature positional specialisation can be detrimental to player development. Some research claims that it can result in one-sided development. So from 14 onwards it is deemed appropriate to start offering our young players the opportunity to specialise in certain playing positions. 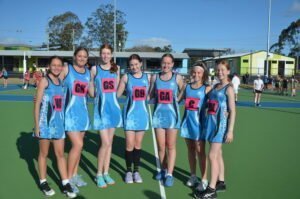 Are you thinking what I’m thinking? Age is just a number, right? Because we all know that change can happen much earlier or later in our playing careers due to a number of factors.

I agree that there is no real reason for kids to have to choose or specialise in a position before the age of 10. Our young players need to develop a broader sense of the game first and to be able to develop this, we need to give them opportunities to experience different playing positions. But what about all of those hopeful goalies you have in your team who are yet to demonstrate their ability to shoot a goal? Surely we need a goalie to be able to score and give us any chance of winning right? Wrong! Have you ever watched the pure joy on a kid’s face who shoots a goal for the first time? Every kid should be given that opportunity. It’s priceless, and it exemplifies what sport at that age should be about…pure joy!

Most kids will have a solid grasp on the fundamentals of netball by their early teens, and therefore, a solid understanding of the various positions. If players at this age are yet to have this, then perhaps we need to revisit the way we are going about things.

But let’s cut to the chase here. The position a player settles into is less about their age and more about their natural development and performance consistency. A player should pick a position when they show a measure of precision and prowess in it….therefore it doesn’t matter if that player is 13, 15 or 21. When they can demonstrate technical and tactical proficiency is when they are ready. Not when the clock ticks over and they reach a chronological age milestone allowing them to do so. Ultimately the timeline on the decisions based around when and how players should choose a netball position comes back to good junior development that has allowed kids to have fun playing various positions, and as they show interest or talent for a specific position then let them pursue it regardless of age. 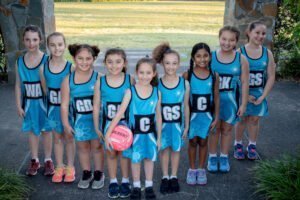 Keep in mind that pursuing specific positions does not mean that they should be fixed. I began my playing career playing either end of the court as I was very athletic and had a good ability to read the play. Do I consider myself a goalie? No way! Have I played there at higher levels? Yes, I have….and with a certain degree of success! But, the reason I can play there is that I know the movement expectations, I know how to create space and work with other goalies…. I wouldn’t consider my accuracy reliable if you know what I mean…but all of this links back to being given every opportunity to explore all positions on the court.

I consider myself to have been a defender, however, I have literally played every position on the court. I will never forget when one of my coaches came to me and spoke to me about playing centre for the team that season and I nearly died! Firstly at the thought of all that running, but secondly because I had no confidence in my ability to play the position well. I trusted that she saw I was capable and took the opportunity to learn a new position.

But can every player do the same?

I don’t believe so. Some players can play almost any position you put them in seamlessly, but the reality for many is that they find their position early on and work hard to make it their own. Should they still be given opportunities to explore other positions? Absolutely. Should they be encouraged by their coaches to explore new positions? For me personally, I think this is healthy, however, there are many variables that come into this. You are not going to encourage a 6.4 goal shooter to take on centre for the first time in their career in a senior-level match!

One of the things that I struggle with most in this space is when I see u15 and u17 coaches rotating players regularly into different positions each quarter in an attempt to get everyone on the court. At this point, our kids should be learning a few positions well, not attempting to play them all with mediocrity. Another thing I am very wary of is the young athletic player who has played all positions, simply because they can but is unable to translate this into senior grades.

Players like this often appear like they have a great understanding of what it takes to play certain positions, but it becomes evident that they were relying on other strengths to get them through. Be aware of those players, and make sure you give them time, work with them to develop the tactical and technical aspects of the positions you and they, would like to see them develop in.

In closing, let’s keep in mind that specialisation mean more success, just as passion doesn’t equal proficiency. However, by keeping all of these things at the forefront of our decision making, we can be almost certain that once players discover their strengths and talents, they’ll more likely feel motivated to play the position they are most comfortable with. Our role as coaches is to explore each player’s comfort zone, and when ready, help them to step out of it every now and then to learn and explore new things.

All of this will ensure that their real strength as a player comes from their passion and joy for the game, as well as their mindset, skill level and aptitude.

PrevPreviousNetballers Unite In Support Of Lismore Floods
NextHeading Back To Netball? Here’s What You Should Be EatingNext