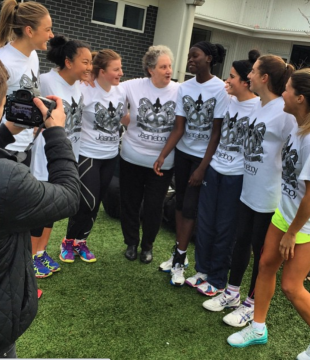 Sarah Wall, whose elite netball career spanned for more than 12 years and joined the GIANTS Netball, NSW Swifts, Melbourne Vixens and the QLD Firebirds, started the program in 2012  to inspire and educate young females through a sport which they already loved – netball.

This government grant will allowed Sarah and her team of elite netball players to run the Dream Catchers Academy in five areas in regional Victoria including Ballarat, Bendigo, South West Victoria, Casey and Dandenong, which more than 200 Victorian teenagers attended.

Sarah, who is also a qualified teacher with an Exercise Science degree says, “The reason I started the program is because I wanted to create something meaningful that keeps young girls active in sport and the community when they are faced with the temptations to drop out. Sometime all someone needs is a bit of encouragement, direction and support to really see their potential and have the courage to chase their dreams. The aim of the program was to educate and empower young girls to become leaders within their community and encourage other girls to keep active and live a happy life. The Academy is holistically about mind, body and soul and living a balanced healthy life and netball is just the vehicle to deliver these life-changing messages.” 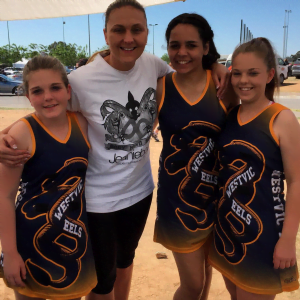 The Dream Catchers Academy ran over three days and workshops focused on healthy living, goal setting, reducing risk taking behaviour, developing coping strategies, leadership and overcoming adversity. There is also a session around managing and how to manage social media, which is a huge part of teenagers lives today.

“I truly believe that any individual, given the tools and the self-confidence can make a huge difference in any community. These girls come into the program eager to learn. Myself, and the other leaders, share our stories of the highs and lows of our journeys and we encourage the girls to believe that anything is possible with hard work and a positive mindset.”

Sarah has also enlisted the support of her former teammates to roll the program across the state.