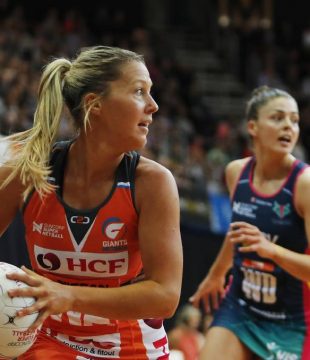 Will Netball be at the 2032 Summer Olympic Games?

Last week I was asked a question by a young teenage girl in our NETFIT Netball academy – “Why isn’t Netball an Olympic sport in Tokyo 2020?”  It got me curious.  Turns out it was a very good question.

Fascinated, I did some quick and interesting desktop research and there didn’t seem to be a quick answer.   Netball is very popular and widely played at grassroots level, would benefit hugely from the exposure Olympic inclusion would bring. Netball has worked tirelessly at the elite, amateur and grassroots level without Olympic visibility which speaks volumes for what both sports have to offer, but the sky really could be the limit and maybe it could be time the IOC reconsidered – especially with Queensland in Australia a front-running candidate for the 2032 Summer Olympics and Paralympic Games.[1]

Recognised by the IOC

In 1995, Netball became a “recognized” sport of the International Olympic Committee (IOC) and one of the Federation’s objectives is to ensure this status is retained and to encourage the International Olympic Committee to include Netball in the Olympic Games Programme in the future.[2]  Interestingly, Netball has been a core sport in the Commonwealth Games since 1998.

International Federations and National Olympic Committees outlined a series of specific criteria aimed at evaluating sports and drawing up a more clearly defined procedure for the review of the Olympic programme. The list of 33 evaluation criteria is divided into seven categories:

Netball would seem to satisfy most of the criteria easily and comprehensively – was I missing something?

Then I found the following threshold criteria which would ensure it is a “Universal” sport:

The International Netball Federation — the governing body of the world championships and world netball—is already comprised of 70 countries across five continents”.  Could the lack of men playing the sport could be the reason?

Good news is that from a sheer size and global participation perspective, Netball would seem to fit the criteria to become an Olympic sport one day.  With 20 million participants worldwide, it has the participation based to certainly be globally relevant enough compared to existing Olympic sports.  Let’s compare a few current and past Olympic sports to Netball:

In the 2016, 45 percent of 10,500 participants in the Rio 2016 Olympic Summer Games were women. If Netball were to be included in future Olympic Games, it could help to solve this problem immediately due to the fact that it is primarily played by women.

There are three challenges which would seem to be impeding the inclusion of Netball in the Summer Olympics:

Interestingly, the other team sport to watch that looks well positioned to be included at the 2028 or 2032 Olympics is Lacrosse[6].  Particularly since the 2028 Los Angeles Olympics (USA is a world leader) and if 2032 was Australia’s Olympics, Australia is ranked a Top 5 country worldwide. In theory, Netball might find itself competing against Lacrosse as the “New Team Sport” to gain inclusion  the 2032 Olympics.

It would appear the best chance Netball has to become an Olympic sport will be either if major Olympic countries (USA, China, Russia) embrace the sport in the next decade and/or if  Queensland wins the 2032 Summer Olympics and Australia could influence the inclusion of Netball as an Olympic sport. If successful at the 2032 Olympics,  I’m absolutely certain a few of our young NETFIT community (6 – 24-year olds) would be playing for their respective Netball national teams!!  But for this to happen, it would need to soon become a major strategic priority among senior decision makers in the international Netball community.

PrevPreviousNetball Continues To Put Participants First In Their Return To Play
NextManage Your Energy, Not Your TimeNext