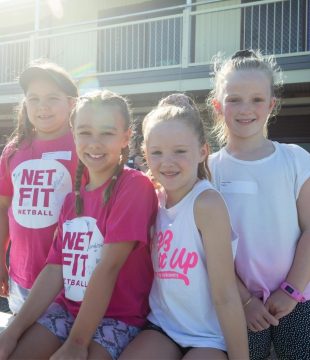 Netball Standing Tall For Our Kids

How one sport is taking action to protect their grassroots participants first and foremost before focusing on the elite level league that grabs the eyeballs and attention of their sporting world.

Before I start, I am a former elite-netballer, so this is a backing of my sport and some commentary on the people at the helm of Netball in this country.

Netball in my mind got it right in acting quickly to protect the health and well-being as best they could in getting our young people active and engaged, bravely backing an initiative to take their training online, before then focusing on the management of the world’s best netball league, the Suncorp Super League. Ultimately the plug was pulled on the traditional start to the Suncorp Super League, with clubs, staff and players all forced to take drastic measures to stay afloat amongst the COVID-19 pandemic sweeping the world.

There is no quick-fix to any-one sport, nor a how-to-guide in looking after all participants from the NET-SET-GO’ers to the elites of World Netball, however our sport should take pride in placing a priority on the physical and most importantly mental benefits that exercise and team sports provide.

For a sport established in Australia longer than the AFL and also with the most participants in the country, 1,200,000 plus to be exact, Netball has stood tall in backing NETFIT’s digital platform to deliver elite level training, nutritional, mental wellbeing and mindfulness classes through their screens in the safety of their own home.

Netball Australia’s swift move into supporting this “work-out from home” platform stood tall for many reasons but none more so than the sheer desperation to look after their grassroots members and their mental health. Being well aware of the increase of mental health issues in society and in our sport I am proud for NETFIT to stand alongside Netball Australia in delivering this free 3-day a week platform as we look to give our kids a chance to retain some structure with their love of our sport.

The stats surrounding the increase and/or reporting in mental health are scary;

Those numbers have always been my WHY as to the creation of NETFIT and the aim has always been helping out NETFITTERS understand the importance of practicing and implementing key strategies to build resilience and drive sustainable growth. That’s why the well-being segments built into our free clinics are educational, emotionally engaging, entertaining and consistent in their programming for our ambassadors to deliver to those watching from home. To give another level of comfort to parents, our session plans have been linked into the Australian Curriculum that teachers will be able to download and use within their sessions while home schooling.

We hope that the balance of content delivered in our online-classes caters to a wider audience of netballer’s and their family and friends who are just interested in finding out the ins and outs of intercept passing, fast footwork or how to make it to the top. Our content is delivered by relatable young women whose priority is to provide some structure and balance, a physical hit-out and a mental stimulant through meditation, yoga and most importantly honest discussions.

Pressure will be felt at home through parent’s businesses struggling, jobs being lost, family members being ill, missing out on playing representative netball for the first time, being away from their friends or simply going out into our beautiful world. If we can ease the load, physically or mentally on just one young netballer then both Netball Australia and the team at NETFIT will truly feel as though they’ve been “here” when their team mates have “needed” them.