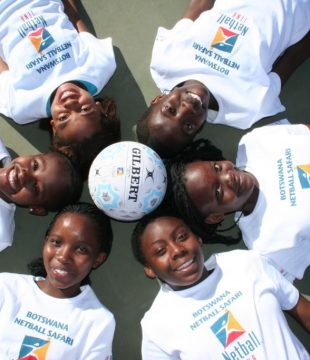 The International Netball Federation (INF) and NETFIT Netball have joined forces in a unique event, aimed at uniting netballers from all around the globe in a continuous 24-hour Live Broadcast showcasing home workouts, coaching tips and talks, umpiring workshops, specific skills and drills and much more.

This worldwide fundraising event will engage netballers of all ages, abilities and backgrounds through their love of the game, by providing the continuous stream through the NETFIT Netball and INF Facebook page. Former elite netballer, and NETFIT CEO, Sarah Wall said the partnership came off the back of reviewing the findings of the INF’s “Back to Netball” Survey.

“I loved the proactive nature of the INF in reaching out to the Member Nations to see how the netballing community had been affected.” Wall said. “The feedback from developing netball nations really spoke to us, and we thought “what can we do to help?” Following on from of a successful series of Facebook Lives conducted by Wall, the NETFIT team and their elite netballing friends, netting over 3 million views, the concept of a 24-hour Live Stream was borne with the aim of being accessible, live and free, to netballers, no matter their location or participation-level in the game.

INF CEO Clare Briegal is excited by the innovative partnership and the ability to provide a netball-starved audience of quality content, including coaching, umpiring and administrative advice “The global netball community is a resilient one, never losing their passion for the game or their teammates through these testing times. The INF has been working tirelessly in providing our members with a variety of resources through our platform, from a number of contributors, and this “24-Hour Live Netball Marathon” is another engaging concept that we are proud to bring to our community.”

Whilst the 24-Hour Live will be streamed free via the NETFIT Netball Facebook Page, the INF and NETFIT have also added a fundraising element, with 100% of proceeds donated going to INF Member Nations. Briegal added ”The aims of the project are two fold, and purely at the discretion of participants, as we are eager to have all netballers staying active and healthy, engaging in this netball marathon with their friends, whilst also giving them the option to make a small contribution, should they wish, to assist fellow netballers and young women affected by the COVID-19 pandemic.”

NETFIT co-owner, Kim Green added “So many people around the world have been affected by this pandemic, either physically, mentally or financially, putting enormous strain on families as they battle with the unknown ahead.”  With community netball affected in various ways around the world, Green further commented, “We are well aware of the benefits of physical exercise on the mental wellbeing of people, particularly young women, and are looking forward to getting the netball community moving, and having some real fun with this event. A couple of girls that I coach have already organised sleep-overs with their friends and have promised to try and stay involved as a team for 24-hours!”

Whether it’s completing one small session with Laura Langman or Stacey Francis, gaining coaching insights from Lisa Alexander and Chauke Dumisani or top mid-court tips from Kim Green, the INF and NETFIT Netball are looking forward to celebrating the resilience of the global netball community through this original event.

For further information, to request an interview or make a corporate donation, please contact:

PrevPreviousManage Your Energy, Not Your Time
NextThe Moment we knew it was time to step it up!Next