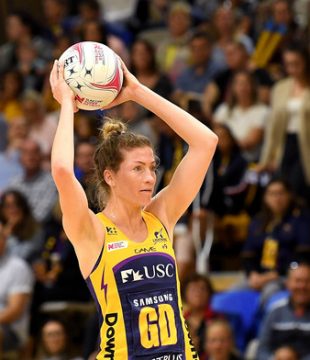 Does Your Zodiac Sign Determine Which Position You Play?

Have you ever considered that your strongest netball position could have been pre-determined from birth? That before you began playing sport at school and figured out your athletic strengths, or before you underwent (or didn’t!) that dramatic growth spurt that sent you to the goal circle,  you were actually destined to be one position or another? We’ve all seen the memes about personality traits for different netballers and despite their jokey nature, there always seems to be an element of truth in them.  Is there anything behind that fact that shooters are commonly referred to as “princesses”? Is there anything behind the fact that almost the entire NETFIT leadership team play WA?! It often splits opinion whether astrology is something people believe in or just a bit of fun; I would put myself in the sceptical but intrigued category and so I decided to investigate the question that no one was asking.  I plotted what I considered the primary position against the star signs of the top international and SSN players.

The most shocking trend to come out of this analysis is that, across 125 athletes considered, there is only one Cancerian!  And what an athlete it is: the only player born between June 21st and July 22nd  is Jhaniele Fowler.  Cancerians are said to be deeply empathetic, loyal and nurturing which makes sense given she is loved by teammates, rivals and fans alike.  So, if back to back SSN Player of the Year awards and Leading Goalscorer accolades don’t inspire you enough, how about the fact she is out there bucking trends and doing it alone for her star sign!

My other favourite trend is that 50% of Virgos sampled play Goal Keeper. A Virgo is said to be hard working and a critical thinker – they will watch the ball coming down court, thinking 2 or 3 passes ahead ready to go out for that flying intercept.  They reportedly remember everything: you can pull off a move against a GK once, maybe twice but don’t even think about trying it at third or fourth time.  They will also take responsibility very seriously; how many times have you seen Virgos Geva Mentor, Phumza Maweni or Kadie-Ann Dehaney pull off a match winning, momentum changing intercept right when their team needs them the most?

What was the most common star sign for each other position?

GOAL DEFENCE – Pisces (February 19th -March 20th) This was probably the most surprising given the most common attributes of a Pisces are kindness and compassion – not qualities that you think of when you think of a hustling defender! Perhaps we see this come out in those games where a defender has to keep a smile on their face turning over ball time and time again in when the shots just aren’t going in.  Certainly starts to make more sense when we look at our celebrity examples.

WING DEFENCE – Capricorn (December 22nd – January 19th) This certainly makes sense. Capricorns are known to be relentless, disciplined workaholics – everything we expect from a Wing Defence. All the hustle and so little spotlight.

CENTRE – Libra (September 23rd – October 22nd) How could it be anything else for our Centres – Librans are all about balance.  Diplomatic, understanding and social – this star sign is an ideal choice for the metronome of the team linking up defence and attack.

WING ATTACK – a real spread across the Earth signs (Capricorn, Taurus and Virgo) and Fire signs (Aries, Leo, Sagittarius). Earth signs are typically reliable and stable where Fire signs are more dynamic and provide a spark.  Perhaps this combination result reflects what we need in a WA – a creative leader of the front line with a calm head on the final pass.

GOAL ATTACK – another mix of signs but this time mixing the Fire signs with the Air (Aquarius, Gemini and Libra) Air signs are said to be rational thinkers and emotionally detached under pressure – ideal for a buzzer beating final shot!

GOAL SHOOTER – Scorpio (October 23rd – November 21st) I’ll be accused of making these up, but these Scorpio characteristics raised a smile when thinking about goal shooters! Intense and can be known to sulk if wronged! Scorpios are also said to be complex and courageous with their eyes on the prize.